When we talk about molds being toxic, what we are really referring to is the toxic byproducts molds produce called Mycotoxins. The word mycotoxin comes from combining the Greek words for fungus and poison. Mold is a fungus, as are mushrooms and yeast. With over 1.5 million fungal species in the world, we are surrounded by fungus.

When you are in an enclosed space, such as your home or office, with fungus (or mold) making and secreting mycotoxins into the air, you run the risk of adverse health reactions. The World Safety Organization states, “The human body once exposed to a mycotoxin runs a triple risk to its toxic effects. The triple risk factors are the direct toxic effect of the mycotoxin, acquisition of mutated RNAi from the mycotoxin’s parent fungus, and the creation of an internal biofilm, which will harbor a toxic soup of disease.”

Some of the most common Mycotoxins include: 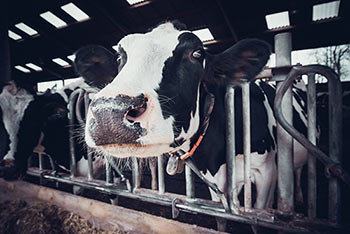 The most common methods of mycotoxin exposure are ingestion via our food, inhalation in a mold-infested home or office, and absorption through the skin and eyes. Since mycotoxins are chemical compounds, and not living organisms (like mold spores), they can linger for years. Mycotoxins are also extremely resistant to heat.

In agriculture, mycotoxins have been implicated in reducing the amount of milk dairy cows produce and causing male sex traits in female hens. In 2004, mycotoxins were implicated in an outbreak in Kenya when contaminated maize led to 125 human deaths. Simply put, mycotoxins are highly effective biological compounds with a wide range of poorly understood interactions with the human body.

Ozone has been proven to react with mycotoxins to deactivate them. Unfortunately, the levels of ozone required to kill mycotoxins are so high that the building must be sealed to keep people out and prevent lung damage.

For non-porous surfaces, bleach and ammonia solutions (never to be mixed together), have been shown effective at disabling certain types of mycotoxins. For porous materials, such as carpet and furniture, often it is too difficult to remove all mycotoxins and it’s safer to properly dispose of these contaminated objects.

The HEPA vacuum mentioned in MOLD REMEDIATION is not a fine enough filter to remove mycotoxins. Vacuuming can also release mycotoxins into the air, allowing them to be inhaled or spread throughout the area. An activated charcoal filter, as well as proper face and ventilations equipment, is required to properly remove mycotoxins.

In short, mycotoxins are extremely toxic, tough to remove, and are best left to a professional.

Mold Badger Tip: Most homes and offices have a lot of surfaces and spaces, making it difficult for one or two untrained people to properly remove mycotoxins. A mold remediation specialist, who is properly trained and has the necessary special equipment and cleaners, is the best solution to treat your space and ensure it’s safe for you and your family or employees.
MOLD 101

GET A FREE QUOTE

Use the Mold Badger's search to quickly find the black mold information you need.